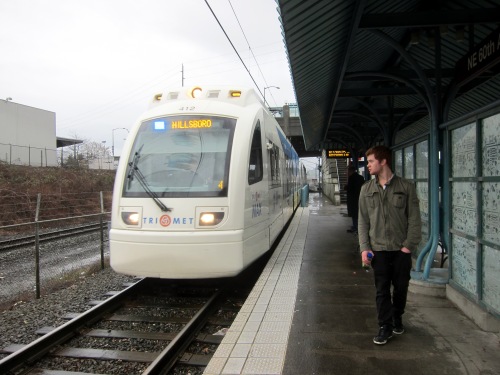 Editor’s note: Guest post time again, this one via Michael Andersen of Portland Afoot, PDX’s 10-minute newsmagazine about buses, bikes & low-car life. It’s excerpted from the January 2012 cover story and republished here in case you missed it. For more stories like these or to get a one-time email notice when the newsmagazine for Portland transit riders will be available for free on mobile devices this spring, visit PortlandAfoot.org.

That’s why, last year, our 10-minute newsmagazine for transit riders put some of the smartest folks in town (including TriMet’s professional comfort geeks) in the hot seat and came away with a bunch of tips and secrets for doing winter better.

As a longtime MAXFAQs fan, I was proud to be asked to republish the transit-oriented ones here, and happy to help take the chill off the tail end of this winter. So read these, wipe that drippy nose and go catch some sun. 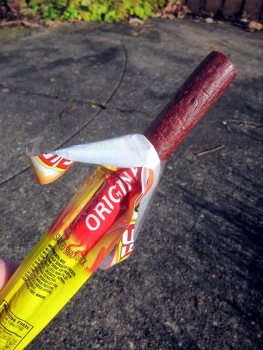 Smartphone styluses start at $13, touchscreen-friendly gloves at $14. Beef jerky sticks, by contrast, are $1.30, and they work just as well when you want to check arrival times with gloves on. Try it.

In with the old 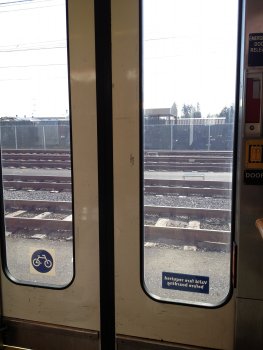 MAX doors don’t actually matter nearly as much as they might. Here’s why: TriMet keeps air pressure inside its trains just a bit higher than Portland’s natural atmospheric PSI. That means opening doors send a burst of controlled air out – not a burst of cold air in.

Type 1 MAX cars have overhead forced-air heating and cooling powered by the same electricity that moves the train (it’s maybe 2% of the total system load). Two thermostats in the return air ducts, on the ceiling just behind each driver cab, aim for a Jimmy-Carter-approved 68 degrees year-round. 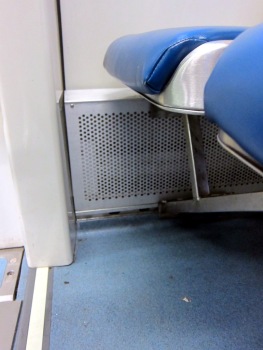 Like movie franchises, Decemberists albums and mediocre dates, the four generations of MAX cars peaked with the second and third. In 1997, TriMet introduced one of the great joys of Portland winters by rolling out Type 2 MAX trains with floor-level radiators that kick on whenever outside tempeature drops below 55 and inside temperature below 66. On the coldest days, avoid the middle sections of Type 2, 3 and 4 cars – their facing seats still lack heaters underneath. 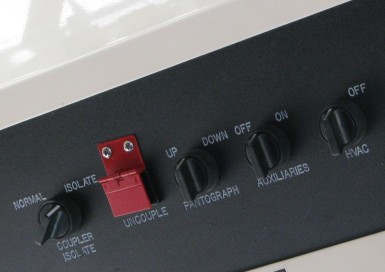 Like other autos, TriMet buses get all the heat they need from their engines. This one pumps heat forward through a duct system above the handrails, but the back rows of the bus are always hottest, thanks to heat leakage, less crosswind and (on the new, low-floor buses) being closer to the ceiling. 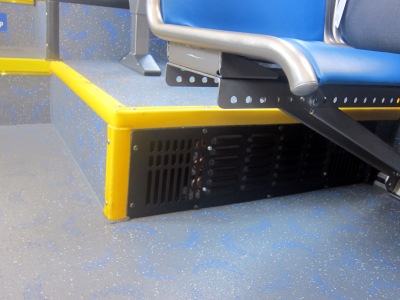 Cold feet? Try the seat immediately in front of the rear door on newer buses, and the one opposite the rear door on the very newest ones. Most of the buses without these small heaters were phased out last summer with TriMet’s big bus purchase. 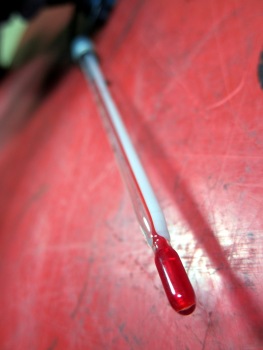 All TriMet buses are theoretically set at 72 degrees, but at their size it’s hard to keep to. Bus thermostats are tested in off-hours by a six-inch hand thermometer hung from the extreme front of the right handrail. 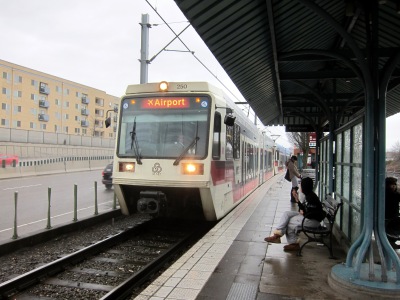 Here’s a science-approved trick to use while waiting for winter trains: Play a game on your phone. In a 2011 study, a team led by Nicola Swain-Campbell of the University of Otago in New Zealand found that people playing a video game were less sensitive to cold water than people watching television. But gamers should hope the battery lasts until the bus arrives. “If they stop while still cold, it might seem more intense as all their attention switches to the sensation of cold they have been ignoring,” Swain-Campbell said.

Nothing to do then but eat your Slim Jim.

Still working on the improving transit speed follow-up post, which is getting very long and I need to either break it down into separate posts or stop being so long-winded. In either case, it’s not ready to be published yet, so here’s a quick and easy post.

Question(s): Can’t you turn the heat down? Or up? Can you turn the air conditioning off, it’s too cold in here!

Answer: Sorry, no. There’s not exactly a thermostat in the trains… let me show you what there is to work with:

Part of the upper console of a Type 2

This one gets asked fairly frequently, especially in the spring and fall when the temperature outside fluctuates so widely. The HVAC (heating, ventilation, and air conditioning) system in the train turns on when the operator turns on the train’s auxiliaries (done when starting up a train to take it out of the yard) and should automatically adjust to the temperature outside. As shown in the above picture, the HVAC switch all the way over to the right lets the operator turn the HVAC off but that’s all. There are no adjustments for temperature like your car has.  You can’t even turn the HVAC back on with that switch – notice how there’s no “on” side. Once the HVAC system is off, the only way to turn it back on is by auxing the train off (the switch next to it) and auxing the train back on. This is generally only done as part of troubleshooting if the HVAC system has a fault and needs to be reset. So no, there’s not a lot that can be done with the heat or A/C for the train passengers short of simply having them on.